On September 21st 2017 Bristol Taekwondo School chief instructor Master Christopher Davies received one of the highest recognitions in the world of Taekwondo and was inducted into the Official Taekwondo Hall of Fame along side some of the greatest Maters and Grandmasters in the Art and Sport including former Olympic medalists. Master Davies traveled to New York for the presentation at the New York Hilton. 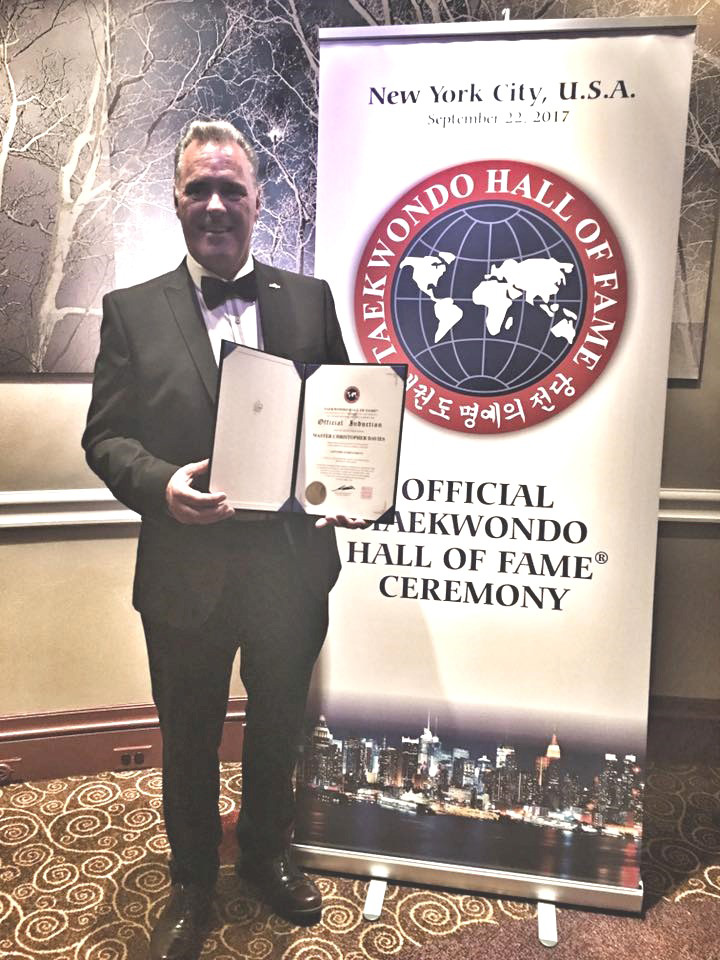 “In view of your extraordinary Taekwondo background, you are being invited to receive Special Recognition from the Official Taekwondo Hall of Fame®. The historic ceremony will take place on Friday, September 22nd 2017 in New York City, U.S.A.” 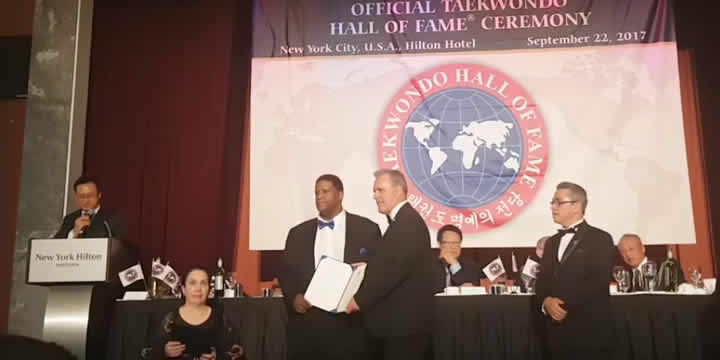